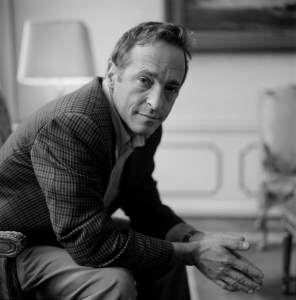 I used to love David Sedaris. I mean that as literally as anyone who’s never met the man can mean it.

Sadly, it’s now clear that Sedaris wasn’t suited for such fan fiction, because he recently told the world that he’s a bitter, jealous, sex-phobic prude.

In an article published by The Guardian, Sedaris recounts a recent conversation with his partner of 23 years, Hugh. He asks how many people Hugh had sex with before they were together.

Sedaris tops out around 28 or 30. Which I find a little surprising because even in Mississippi, I’d fooled around with that many people by the time I graduated college (if not before). Maybe Sedaris isn’t a very sexual person, but I’d think that he might’ve been a little more adventurous before he hit his mid-30s, met Hugh, and took himself off the market.

After Sedaris tallies the notches in his bedpost, he watches Hugh count higher and higher. As though that’s surprising. As though having sex is a bad thing. As though it’s a moral failing.

I know what you’re thinking: “Sedaris is a comic writer. It’s clearly meant to be humorous.” I agree, except the way it’s written, we’re meant to be on Sedaris’ side, not Hugh’s.

That’s driven home when he gets to the really offensive part, the part about HIV and AIDS.

Sedaris starts by implying that you can tell a person’s HIV status just by looking at them or knowing their habits. It’s true that some early HIV drugs left their marks on patients, but that’s not what he’s talking about when he says, “some of Hugh’s earlier choices seemed poorly thought out to me, especially once Aids came along.”

Worst of all, Sedaris makes it very, very clear that he doesn’t understand the basics of HIV transmission, much less the difference between HIV and AIDS. That would be appalling for any literate human being in 2014, but for a 57-year-old gay man to be so ignorant? It’s irresponsible, absurd, and reprehensible:

By what miracle had neither of us contacted [sic] Aids? How had we gotten away? I don’t just mean later, when people knew to be safe, but back in the days when it didn’t have a name and no one understood how it spread. One of the men Hugh had lived with – a professor he had in his first year of college – had died of it in the late 80s, and surely there were others, on both my side and his. Yet for some reason we’d escaped, had prospered, even.

If you were feeling generous, you could read that as a kind of ode to luck. As in, “Boy, we sure fooled around a lot back then! How did we manage to avoid It?”

That’s not what I see. Instead:

I would say “Screw that guy”, but he’s so uptight, he’d compress any dick up his ass into a bratwurst-sized diamond. How’s about we just forget him?