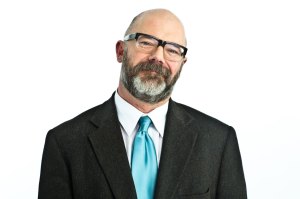 I don’t like his conservatism on many issues. I fail to understand how such a smart man could’ve supported the Iraq War or George W. Bush or Ronald Reagan or any of the other right-wing figures he’s professed to like. I’m also wary of his Zionist tendencies.

But Sullivan is smart and thoughtful, and what’s most interesting about him is that he’s willing to discuss touchy subjects that most on the left or right want to avoid, mostly due to knee-jerk political ideology. I was taught in graduate school that even the dumbest, weirdest, most offensive ideas are worth exploring, because sometimes those ideas have a kernel of truth — truth that helps explain why the other side of the argument is so right, or how it might be a little wrong.

Also, Sullivan is adorable and sexy. I’d be lying if I said that doesn’t make him incrementally more likable in my book.  Looks and charisma can have that kind of effect — hell, why else would huge swathes of America still be listening to Sarah Palin? At least the woman can pull off an up-do.

But my point is this: Sullivan’s thoughts on the just-vetoed anti-LGBT law in Arizona are off-base. True, he doesn’t want to see LGBT people subjected to discrimination, but he doesn’t want to legislate our equality, either. Case in point:

a) This isn’t about wedding cakes or floral arrangements or any of the frippery associated with same-sex marriage ceremonies. Those incidents simply inspired the lawsuits that, in turn, inspired the failed Arizona law. Ultimately, this is about public accommodation, and the lawsuits over cakes and flowers are leading judges to the same conclusions that their peers are reaching in same-sex marriage cases — namely, that LGBT individuals constitute a suspect class, and that, in turn, is another huge step toward legally securing our rights.

b) It’s not surprising that Sullivan would oppose the uproar around the bill. It’s no shock that he wants to allow the bigots have their way, to let things run their course, to have LGBT citizens patronize other florists and bakeries while the right-wingers dig their own graves. After all, Sullivan generally hates hate-crime laws. But the slow and steady approach to civil rights doesn’t work for everyone — certainly not everyone who’s not white and wealthy. Some people would like to acquire their rights today, from the bench, instead of from a process of accretion. As someone from Mississippi, where time moves more slowly than in most of the U.S., I speak from experience.

Given Sullivan’s pragmatism — an admirable trait, in my view — you’d think he might get all that.

2 thoughts on “Andrew Sullivan Is Wrong About Arizona”