I won’t lie: going vegan can be hard, even for those who take a soft approach. Like any restrictive diet or life plan, it requires that you pay attention to the products you’re consuming.

That means reading labels, asking questions of salepeople, changing longstanding habits, and doing things based on principle rather than deep-seated feelings (“I love those shoes, but….”). It’s willpower. It’s mind over matter, where “mind” equals “mind” and “matter” equals “cheeseburgers” or “Chanel perfume”.

It also means taking a risk that your friends will label you a humorless douchebag.

Clothing, food, and to a lesser extent, cosmetics are the most obvious trouble spots for budding vegans. It’s pretty easy to tell that you’ve crossed the line when you’re wearing animal flesh or, conversely, to know that you’re on the right track when you see a “leaping bunny” logo.

But there are many other things we do and products we buy — some of which we truly we rely on — that are derived from animals or make use of them in some unpleasant way. Depending on your living environment, income, location, and a thousand other factors, the thought of using these products could keep you up at night. Or you might roll over and sleep like a log.

Here are a just few that occupy my attention. The full list is much, much longer:

Entertainment: In America, we have laws to protect animals that appear in movies, theatrical productions, amusement parks, and so on. The laws aren’t very stringent — otherwise, I doubt Blackfish would’ve been the shocker that it was — but they’re often tougher than those in other countries. 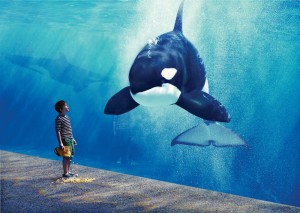 Even with laws in place, though, there’s still a lot of ethical gray area. For example, it seems pretty clear (at least to me) that wild animals like dolphins, orcas, tigers, and elephants shouldn’t be locked away and trotted out for our amusement in circuses, theme parks, and truck stops. But what about zoos, where animals are fed, cared for, protected, even bred? Do zoos really help the cause of wildlife preservation, as many people claim? Or are they just entertainment in a different guise? And if we don’t put animals in zoos, are they at risk of going extinct in the wild?

What about dogs and cats — domesticated animals that have come to depend on humans over thousands of years? Is it unconscionable to put dogs in TV shows, even if they’re treated well because we view them as companion animals?

Pets: Speaking of dogs and cats, is keeping them as pets unethical? What about lizards, ferrets, hamsters, snakes, or turtles?

Me, I think wild animals — undomesticated animals, from alpacas to zebrafish — should be left in the wild. Now, I don’t want to project my own feelings onto them. I know, for example, that animals don’t experience “boredom” in the same way that humans do. However, there’s something about confining these creatures in cages or aquariums that seems cruel on a visceral level.

Dogs and cats are a different story. Many of them enjoy our company. They seek it out. We’ve bred them to do so. Besides, where would we send them otherwise? Where would they go? To the streets? To be euthanized? To be hit by cars? To be eaten? To starve?

I should add here that while I find pet ownership to be a rewarding experience, I think it’s unethical for pet-owners to make their dogs and cats eat a vegan diet. Their digestive systems aren’t designed for that. Just because you’re the one with the wallet doesn’t mean you should force your worldview on them. 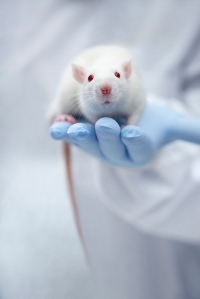 Science: Much of the scientific progress that humanity has enjoyed over the past century has come at the expense of animals. Our species’ long list of achievements includes harnessing electricity, the power of which was proven by Thomas Edison when he electrocuted a live elephant, and space exploration, which was carried out by monkeys and dogs before the first humans blasted off.

Perhaps the cruelest scientific industry of all is medicine. Animal testing is so common in the medical field that terms like “lab rat” and “guinea pig” have entered our everyday vocabulary. We’ve become inured to what those phrases mean. We conveniently overlook the fact that millions of animals are killed each year in the service of vaccines, antibiotics, and all sorts of other drugs.

Are such animal tests ethical? A hard-line vegan would say “no”, and that it’s wrong to use any animal, no matter the species or size, to further human goals.

A more casual vegan would say “maybe”. In an ideal world, yes, we’d leave animals to do as they please. But the reality is that we’re the species in charge of this planet, and to protect other species who share it with us, compassionate humans have to stick around. To make that happen, sometimes, compassionate humans need drugs.

Then again, less-compassionate humans need drugs, too. What if humankind stopped all animal testing right now, what if we were just left to sort things out ourselves, and failing that, to die from viruses and bacteria? Wouldn’t that even the score between the human and the non-human, the compassionate and the cruel?

Practically speaking, there’s no way of knowing —  at least not now. Animal testing is so institutionalized, we can’t bring it to a full stop, we can only slow it down.

The good news is, it is slowing, as attitudes toward animal experiments gradually change. Such experiments are increasingly seen as unnecessary, inhumane, and even inaccurate. In 2011, the Institute of Medicine — advisors to a wide range of U.S. scientific, engineering, and medical agencies — determined that “[W]hile the chimpanzee has been a valuable animal model in the past, most current biomedical research use of chimpanzees is not necessary.” The same day that report was published, the National Institutes of Health agreed to stop using chimpanzees in experiments except in limited, very specific circumstances. It’s a baby step, but a step all the same.

Not only that, but smarter, kinder, alternative methods are in the works. The one that intrigues me the most: fake human skin, grown in labs. Presumably, other lab-grown organs will be used in the future, giving pharmaceutical companies, cosmetics firms, and other enterprises more accurate results in their experiments — all without harming animals.

Housewares: Ten or so years ago, before I returned to veganism/vegetarianism, my husband and I bought a leather sofa. We have a lot of dogs, and we needed something that, unlike twill or other plant-derived fabrics, would repel dog hair. Leather fit the bill.

I wouldn’t do it again — not now that I see the breadth and quality of leather alternatives. But the sofa’s already paid for, it’s still in good shape, so I live with it. In fact, I live on it. But every time I sit down, I think about the fact that around three cows were sacrificed to make my living room more comfortable for me, my husband, my boyfriend, and four dogs.

Of course, sofas aren’t the only trouble spot in the house. Other things — including silk upholstery, curtains, and tablecloths — are also problematic, as are leather picture frames, leather-bound books, and such. This is one of those cases in which being diligent and weighing options pays off. When there’s no convenient alternative at hand, I’ve found that buying second-hand alleviates some of these moral dilemmas.

Pests: Growing up in the South, my family spent a lot of money on pest control. Roaches, mosquitoes, mice: you name it, they thrive here.

There aren’t a lot of cruelty-free options– at least as far as insects are concerned. I’ve seen “sonic deterrent” systems that plug into the wall and supposedly drive creepy-crawlies away, but having tried a couple, I don’t believe they work. There are home remedies, too, like using waxmyrtle branches along the baseboards to repel fleas, but I’ve not had much success with those, either.

Generally speaking, I think you can make your house unattractive to bugs, but if they want in, they’re coming in. And when that happens, you have to either kill them or learn to live with them. Spiders I can handle. Termites? Not so much. Bitches are going down.

Larger animals, like rodents, are a bit easier, because there are humane traps available. They cost more, and they require you to deal with the animals once they’re caught — but then, that’s the point, right?

Quick story: my grandparents lived in the middle of nowhere (which is saying something for a sparsely populated state like Mississippi). They didn’t have trash pickup, so all their garbage went out to what they called “the gully” — literally, a gully in the middle of the woods. Though they lived for much of their lives in a world without plastic packaging, meaning that more of their trash was biodegradable than mine is today, there’s still a huge mound of debris in the gully, decades after they’ve died.

The sight of that trash — mounds and mounds of it, generated by an elderly couple of fairly modest means — is exactly what triggered my recycling bug. I recycle more than I throw in the garbage. I pay attention to the chemicals in the products I buy and how they’re packaged. I almost never buy glass unless I have to because New Orleans’ recycling  program doesn’t take it. My husband thinks I take things too far, but I can’t help myself. As irritating as it might be to others, I’ve become “that guy”.

And honestly, I’m okay with that.

I could go on and on about these sorts of things, but you get the point.

And just in case you don’t, the point is this: be aware. Be aware of the things you’re consuming, if you try something new, for example, you are drawn to the forskolin benefits, you read the benefits but do you end there?  Do full research on where they came from and the other animals they affect.

Like a professional diver, I think our goal — at least, one of our goals — is to make as little of an impact on the environment as possible. I’m not perfect, and sometimes I make a much bigger splash than I’d like. We all do, right?

A casual vegan accepts that slip-ups are going to happen and doesn’t beat up himself (or others) about it. But that doesn’t mean he stops trying.