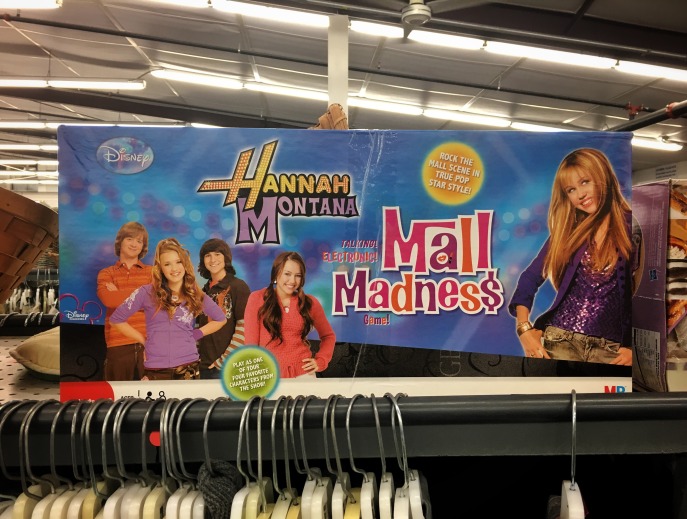 1. Wooden shoes from a long-ago trip to Holland

The trip cost him an arm and a leg, but he figured the kids would like it, and as he signed the check over to his travel agent–in the days when people still used (a) checks and (b) travel agents–he thought, who knows, it might even rekindle a little romance with the wife.

They didn’t and it didn’t, and to top it all off, he spent way too much fucking money on the souvenir shoes. At least he thinks he did, this was when Holland used florins and guilders and it was impossible to keep track. He didn’t relish the thought of lugging the damn things all the way to New Orleans, but he wanted to bring back something for Jim to thank him for taking in the mail. Besides, he knew that Jim would never get to Holland. The poor idiot had never even been on a plane. He wasn’t even sure that Jim had crossed the parish line, if you want to know the truth.

But Jim didn’t follow through, that asshole. Didn’t collect the mail, which tipped off one of the neighbors–or more likely, their kids–that he and the family were away. So they returned to mayhem: broken window in the bedroom, that must’ve been how they got in. Furniture turned upside down. TV on, lights on, fridge open, everything in it spoiled, cigarette butts everywhere. The assholes didn’t take a damn thing, maybe just some pocket change lying around. Senseless. He gave Jim a good reaming but kept the shoes, stashed them in the back of his closet as a reminder: don’t trust Jim, don’t trust anyone, don’t ever leave, don’t leave anything unattended.

Marlene uncovered them when he died in the wreck and sent them to Red, White, and Blue along with his outdated ties. Good riddance, she thought, as she knocked back the last of her High Life, watching the truck pull out of the driveway. Good fucking riddance, and on to the next 50 years.

2. A hollowed-out coconut carved into a monkey head with the words “HAVE FUN” burned along its chin.

She’d bought it in Cancun on her honeymoon. It was dumb, and frankly, it was a little creepy. But it appeared the night that she’d had an epiphany: the night she realized she loved him. It took her long enough. Ten years of dating and engagement. Her mother told her she was settling, that she could do better. She probably could’ve. But he was so persistent. So she said yes.

And then, the stupid drink.

She was sipping through a straw poking out of the coconut head, and he was talking to the waiter, and as she looked up from her flip-flops–the pink ones she’d bought everyone in her bridal party–he glanced at her and winked. Winked. No one had ever winked at her before. It was genuine and adorable and dorky, and man, she finally understood that he was the one. The only one. Lightning bolts, angelic choruses, the whole nine yards: she’d done it. She hadn’t meant to, she’d stumbled into it, but oh, what a lucky so-and-so she was. She insisted on buying the monkey that night, and he didn’t protest. He humored her because he loved her until the end.

The nurses in the nursing home didn’t know what to do with it, but none of the family wanted it, so, off it went to find a new home. Little did they know that the monkey head was magic: one sip of blue curacao from its blocky head, and they’d fall instantly in love with the next person they saw. Too bad.

Oh, she was vain. Vain, vain, vain. When she went through chemo, she didn’t think about her life, her kids, her cats, no. She only thought about her hair. It wasn’t even good hair, you know? Mousy-brown, fine, worn in the same long bob she’d had since high school. But it was hers and she’d always had it and she didn’t like change. Plus, as I said, she was vain.

She didn’t have the money to spend on super-expensive wigs, that Raquel Welch stuff people paid hundreds of dollars for. So, she went to the local beauty supply place every week and bought one $20 wig. Her friend Betty told her that if she’d just stash that money away for a couple of months, she could buy a real wig, with human hair and all, but it was too late: she’d already bought her ticket on the quantity-not-quality train. The wigs looked terrible on her, but at least she had a lot of them to choose from. She could eat the same thing every day–toast for breakfast, grilled cheese for lunch, spaghetti for dinner–she could wear the same outfit–jeans, black t-shirts, a red windbreaker from the casino. But heaven for-fucking-bid that she have on the same hair two days in a row.

When things were at their worst, her youngest kept her company. He was only eight, and not much of a conversationalist, but he loved to draw faces on her wig heads with Magic Markers. She bought him a set of the scented kind, I don’t think they make them anymore. He’d sniff and draw, sniff and draw. She’d watch from her bed with a faint smile. Somehow, the sight of him doodling kept the nausea away.

After she’d recovered, her hair grew back thicker than before. She felt bold, excited, brave. She’d been through hell, what did she have to fear now? She went out, bought a new wardrobe–the first clothing she’d ever had that could really be called “a wardrobe”–and sent all her old clothes, along with the wigs and wig heads, to the thrift shop. It wasn’t as bold a move as burning it all in a fire, but she thought that seemed wasteful. Plus, she was afraid of breathing in the fumes from all that plastic hair.

The same day, she bought her son a big stack of coloring books and a box of 64 crayons. He never even noticed the wig heads were gone.

4. Knife blocks with no knives

I suppose keeping dozens of sharp knives within reach of dozens of bratty kids–not to mention their frustrated moms and dads–would be a potential liability in a thrift store. Thank you, Red, White, and Blue, for providing a safe, knife-free shopping experience.

It was an anniversary gift from her lover, Susan, in 1974. They’d met three years before at a king cake party. They discovered that they shared a curious superstition about eating only from the green section of the cake. Relationships have been built on less.

Susan could ill afford the set, but it looked so nice with the gold rims, she splurged. It became the centerpiece on their dining room table. Once she even used the punch bowl to hold keys at a key party they’d hosted, but that was a terrible idea. Nothing happened to the bowl, of course–you can see it’s in great shape. The party itself was awful, though. Awkward. Some lesbians might be the swinging type, but not her. And definitely not Susan. It took months to talk through all that jealousy, and for what? Neither of them even got a good orgasm out of the deal.

After Katrina, they decided to move away, move someplace safe, someplace far from swamps and levees and hurricanes. New Mexico fit the bill. The punch set didn’t, though. It didn’t merit loading into the ark. It went to charity  with a lot of other clothes, books, and a surprising amount of turquoise jewelry that Susan would later miss in their new southwestern home.

I don’t know anything about candle-making–I steer clear of that aisle at Michael’s, if I can–but I’m guessing that someone cornered the market on Santa Claus molds years ago with one particular number. Maybe it was on the cover of Ye Olde Candle Shoppe Monthly or whatever candle-makers read. Anyway, it was popular, is my hunch. The mold that launched a thousand Santa variations.

The Santa Variations. Sounds like the title of a sex guide for bears or a so-so solo performance at a fringe festival. I’d shell out for either, honestly.

8. Doorknobs still in their plastic cases from Home Depot

Why not just return them? Don’t people keep their receipts?

9. So many jigsaw puzzles

When I see them on the shelf, I always think, “Oh, I’d love to just turn off the phone and spend an afternoon settling into a good puzzle.” Then I think, “What kind of twee bullshit is that? You’re an adult, you have a life, you have a smartphone with functioning apps.” Then I think, “Even if I were willing to get all twee and sit around in a robe putting together motherfucking puzzles, I would go goddamn ballistic if there were a piece missing.” Nope, better to avoid that trap altogether.